By Health Technology Forum
Posted May 23, 2014
In Uncategorized
0
0 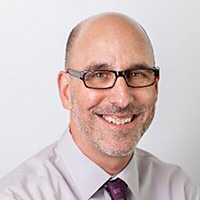 On May 20, over 70 speakers discussed how technology can enable affordable, executable and accessible healthcare at the 2014 Health Technology Forum Innovation Conference – pathways to sustainable health.

Below is a summary of the session titled:  Scorecard on Health Insurance Exchanges which featured moderator of the session will  Larry Levitt, Senior VP, Kaiser Family Foundation and panelists Anthony Wright, Executive Director for Health Access California, the statewide health care consumer advocacy coalition, and Chris Lunt, a seasoned entrepreneur recently recognized by HHS as an Innovation Fellow.

How did we do? “In California, we mostly got it right,” says Anthony Wright, with Chris Lunt agreeing.

Having clear goals which included making enrollment easier and cheaper helped with this success, as did the ability to move ahead quickly with the project instead of spending time debating the value or legality of the Affordable Care Act itself, an unfortunate occurrence in some other states as well as the Federal Government.

Yes, there was a bumpy start. At first the website was slow, not viable on all browsers and lacked a Spanish language version. Keep in mind, however, the scale of health insurance reform in California, home to one eighth of the nation’s population, one seventh of uninsured people and one fourth of the nation’s Medicaid recipients. The results to date exceeded expectations, with surveys thus far indicating 60% or participants found signing up “quick and easy.”

How massive was the technological challenge? California received only two bids for the project because “it couldn’t be done in the timeframe.” When you consider the scale of addressing so many residents, California did well and rose to the challenge using the Get Insured platform, considered the best of the platforms available.

To date we have eight million insured, plus millions more enrolled in Medical and Medicaid. We made the first time experience easier by including a rating system of benefits provided, something you don’t receive with the traditional model of insurance purchasing. Thankfully, people are no longer denied benefits because of pre-existing conditions.

An additional challenge was the high level of consumer confusion; for example, 52% of Americans don’t know about Exchanges, 42% don’t know what a deductible is, and 33% don’t know subsidies are available. Given these statistics getting people enrolled at all was remarkable.

Unlike paying for items in the consumer space, the flow of dollars for a health insurance product isn’t logical, and first time purchasers have a high learning curve. Interestingly enough, the most typical question received is: What are other people buying?

Eight million is just the beginning, and California is not done yet. Improvements in the works include the California Exchange using its negotiating power to improve coverage, the addition of data about providers and networks becoming available prior to people signing up for a plan, and putting more effort into consumer education.

Are those eight million overwhelming our current health care providers? Not exactly. Some providers say there’s been no change, while others report a 30% increase in demand for physician care. There does however appear to be a pent up demand for prescriptions, primarily for Hepatitis C and HIV medications, and contraceptives. Given that having health insurance is largely about having peace of mind, it comes as no surprise there hasn’t been an overwhelming demand on the providers.

Health Technology Forum is dedicated to improving access to affordable healthcare by promoting the development and adoption of innovative technologies to transform health. Founded in 2010, HTF promotes the intersection of healthcare and technology by connecting people worldwide who have common interest in making healthcare better, more accessible and affordable for everyone. There are currently 13 local chapters worldwide across 3 continents.

Search
Popular Posts
COME TOGETHER FOR HEALTH™
Improving access to affordable health care by promoting the development and adoption of innovative technologies that transform health for the better.
Popular Posts
Twitter
Copyright All Rights Reserved © 2014
Contact Us