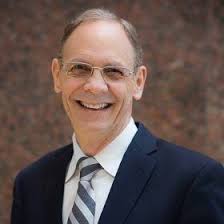 Peter S. Tippett is the Founder and CEO of Healthcelerate, former Verizon Chief Medical Officer, and a recognized leader in health IT transformation, information security and regulatory compliance. Among other start-ups, Tippett created Certus, the world’s first antivirus software, which sold to Symantec and became Norton Antivirus; founded TruSecure and CyberTrust and was Chairman of MD-IT.

He was a member of the President’s Information Technology Advisory Committee (PITAC) under G.W. Bush and served with both the Clinton Health Matters and the NIH Precision Medicine initiatives.

He received the U.S. Chamber’s First Leadership in Health Care Award for his work to improve transparency and reward innovation through the modernization of the exchange of health information technology, and has been recognized by industry publications including InfoWorld, as one of the 25 most influential CTOs in 2002.

Tippett was Research Assistant to R.B. Merrifield (Nobel Prize, 1984) and Stanford Moore (Nobel Prize, 1972) at Rockefeller University.  He is a physician, board-certified in internal medicine with both Internal Medicine & Emergency Medicine practice history.  He received both a PhD in biochemistry and an M.D., from Case Western Reserve University, and a bachelor’s degree in biology from Kalamazoo College.

An Executive View on the Next Generation of Healthcare

Networking Reception
Cross-border Innovation and Entrepreneurship Opportunities In Health Between US and China: How To Get The Best of Both Worlds