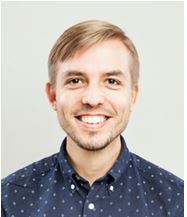 Kristian Ranta is a serial entrepreneur and a musician.  He is currently CEO & Founder of Meru Health, a ‘digital therapeutics for depression” –startup company.

Previously he was the CEO & Founder of Mendor, a diabetes technology company. Part of Mendor was sold to a Korean public company in 2015. Kristian resigned from Mendor in fall 2015 to found Meru Health. Kristian’s eldest brother committed suicide in 2005 and now with Meru Health, Kristian wanted to start helping other people like him who are suffering from depression.

Kristian’s passion is to build global businesses that improve healthcare and how it’s been delivered. He believes in humane values, positivity and the importance of reducing suffering in the world.

In his teenage/early 20’s he was a guitarist & singer in a heavy metal band called Norther, which has sold more than100k records and has more than 10 million views on YouTube.