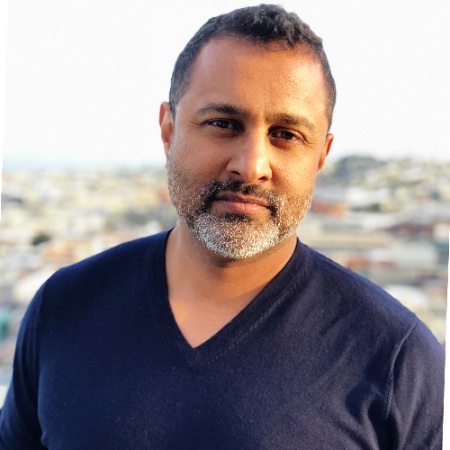 Dr. J. Andrew Chacko is an internationally recognized leader in Healthcare Innovation, and a highly sought after public-speaker and consultant on a broad array of topics from Design Thinking, Leadership, Healthcare, Education, Digital Health, Mental Health and Wellness. As the only practicing clinician to have graduated from the Stanford program that developed Design Thinking, he expertly synthesizes years of expertise in Medicine as a Psychiatrist, work as a Designer and Innovator, and focus on Leadership and Teamwork as a Naval Officer.

His unique perspective has allowed him to truly grasp the fundamental problems facing the healthcare industry. Dr. Chacko passionately shares that ability with others through his advising and consultation work, and happily cultivates that awareness in clinicians, engineers, designers and entrepreneurs through his courses and lectures on implementing Design Thinking and Leadership in Healthcare.

He founded ChackoMD, a company that drives Healthcare Innovation by helping institutions and people understand and create the future of healthcare. As its principal, he has taught at universities and conferences and institutions around the world: such as Stanford University, UC Berkeley, Tokyo University, for the American Psychiatric Association, the American Medical Association, to pharmaceutical companies, associations of medical education professionals and Google. He has also advised design consultancies and numerous healthcare technology start-ups, and is faculty at Project Zygote ( a Health 2.0 accelerator), and a Fellow at Jump Associates.

He is a Board-Certified Psychiatrist for the VA, having worked as a Medical Director, and an attending Psychiatrist for Stanford and UCSF. He completed his residency at Tripler Army Medical Center, where he was honored as the only civilian to date selected for a military psychiatry residency, gaining special expertise in PTSD and Traumatic Brain Injury.

He earned his MD from Tufts University School of Medicine. He is a graduate of the U. S. Naval Academy, and served 12 years in the Navy, developing his leadership acumen, before completing his post-baccalaureate studies through Harvard. He earned his graduate degree at Stanford, studying both Mechanical Engineering and Art in the Joint Program in Design, taking an extra year for an in-depth study of Robotics, while working as a designer, both independently and at IDEO.

His lectures, notes, and sources of inspiration can be found on his website: www.ChackoMD.com.

He actively cultivates his creative and athletic side. He is an accomplished artist in multiple media, and enjoys making things from robots to furniture. His work has been galleried and sold. He loves dancing, has won dance competitions and is a certified Zumba Instructor. He is a certified military parachutist, rescue swimmer and rescue diver. He loves travel and has spoken ten languages over the course of his life. His biggest passions, however, are teaching (which he has done in some capacity since high school) and drawing out human potential. His audiences have called him inspiring to life-changing. One of his favorite compliments came from a security guard at a lecture he gave on the Difficulties of Innovating in Healthcare, who later said that he “loved it so much [he] took notes the whole time!”

Science, Technology, Medicine, and Fashion: Expanding the Realm of Wearables